The best activities for your little shop of horrors this Spooky Season! 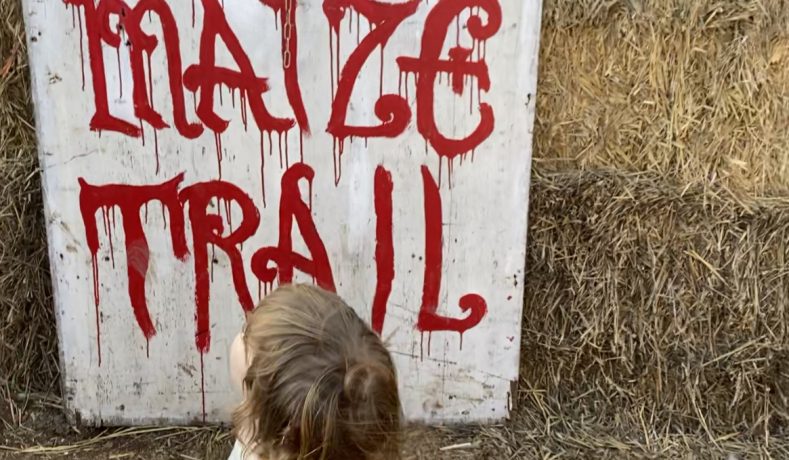 Half Term is upon us and some of you are wondering how you’ll keep the kids entertained! Well here’s your guide on all things Spooky to keep your little monsters happy this Halloween Week!

An amazing immersive experience at Southport Pleasureland that takes you down a rabbit hole of ghoulish delights and whimsical witchcraft.
An interactive theatre show with a magical walk through at the beginning and end of the show make this a whole experience!

So who may you ask is the star of the show? That would be The Twitchy Witch!

I have always been fascinated with the green witch from The Wizard Oz since I was a child and this version of the green witch did not disappoint my nostalgic sentiment for all things cackle prone. She was magical. She had the most amazing spine chilling cackle. She rode a bicycle to the stage and it was lit up green. The perfect ambiance was created with the decor, lighting, sounds and music which all added to the overall feel of magic and mystique in the show.
Perfect Halloween Vibes! 🔮🔮⚡️⚡️

You then finish off the experience with another magical walk through. Which this time leads the children to the mystical and magical Owls Nest were they get to take home a prize and get a picture taken with the Witch and Owl of course!

The Half Term Pantomime at St Helen’s Theatre Royal! Jack and The Beanstalk!

A whimsical humourous and magical rendition of a great childhood fairytale!

This is one for both the adults and children alike and it was an absolutely brilliant show from start to finish. It was entertaining, magical and hilarious. A combination that can be difficult to master when your trying to cater for adults and children. It truly kept everyone entertained of all ages! My son is two and a half years of age and he was mesmerised so it will definitely keep the most active of toddlers entertained! The light up toys make the children feel like they are interacting with the show so he was also mesmerised by his sword. So I definitely recommend purchasing the light up novelties to make them feel part of the show.

We all love a good Scouse Anecdote and this play isn’t short on dishing out that Liverpudlian humour. Along with the humour that goes along with being northern but not Scouse. Sort of a Liverpool meets St Helen’s implied theme. The Fairy narrator know as “Fairy Mary” was every bit the magical and whimsical character she was meant to be. A mesmerising and magical character who is the glue that holds the show together! Very humorous and Northern I found her to be one of the most interesting of all the characters. She was captivating and charismatic and she brought the fairy alive in a way that would entertain both adults and children.

Timothy Lucas as Jack Trott did not disappoint! I found his Scouse twist on Jack every bit of the endearing Jack The Lad he was trying to portray! It was done in a delightful, humorous and light hearted way and I thought he pulled off the character as the perfect lovable rogue. The hero of the show always has to be a likeable character and it was impossible not to like his take on Jack it was immensely entertaining!

So to round up I think it’s undoubtedly worth a Half Term visit with your little monsters. Half Term Pantomimes are not the norm! I think it’s a fantastic idea to have a pre Christmas Pantomime! It wets your whistle for the next instalment of whimsical magic at Christmas! It also keeps the kids entertained for another day of half term! They will love the whole experience. The costumes, the magic in the air, the lights and of course all the laughter and swashbuckling comedy worthy of both adults and children!

Jack and The Beanstalk is on until the 31st of October at St Helen’s Theatre Royal!

Next up! The Corn Maize Halloween Trail at The Hayloft!

This is a great attraction to visit when your doing your annual Pumpkin Picking! It’s a Corn Maize thats been made into an actual Maze! But with a Halloween Theme! There’s plenty of surprises on the way round including scary figures and rustic signs and the Corn Maize Maze comes with a trail to complete we’re you can collect your sweet prizes at the ticket stand afterwards! It’s a winner! Especially with small children!

Scouse Girl In The City