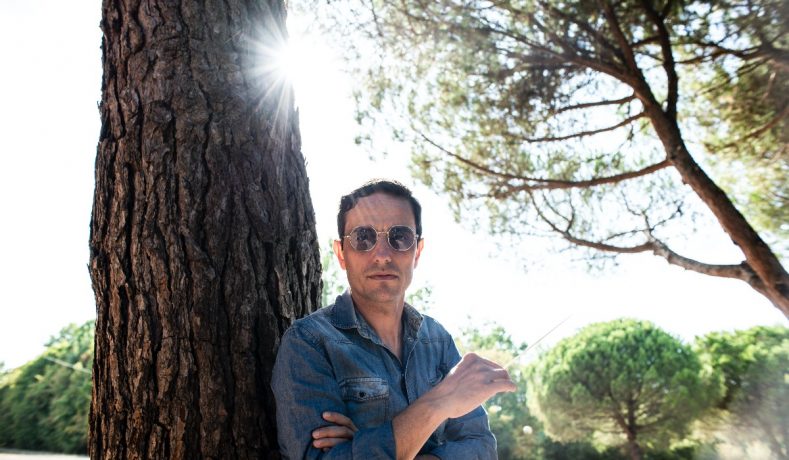 Italian electronica star AGA has teamed up with Liverpool-based Sardinian synthwave artist Gangalistics for a brand new single to be released this month.

“Are You Ready?”  – released on Drummer Caffè recordings – will be available to stream and download across all platforms on October 28th. As with AGA’s previous release “Dream on”, the singer-songwriter has created a psychedelic atmosphere for this new record which – in the artist’s own words – ‘travels through infinite space’.

Listeners will recognise various influences from artists like Daft Punk, Air and Chemical Brothers but the result is a distinctive and unique sound that AGA has made his own.

“This song is an inner journey, without a direction, seen from the outside by myself”says AGA. “The question “ARE YOU READY?” becomes timeless, looping through the entire track in which Gangalistics becomes an off-screen voice; like a mirror from the “other side”.

AGA aka Alessandro Antolini previously graduated from Middlesex University in London where he studied Modern Music and has been performing and recording professionally for more than 20 years. Now based in Romagna in northern Italy, he has been Director at the Drummer Caffè music school since 2012.

AGA’s latest partnership with Gangalistics comes off the back of a career of contributions to many projects as a drummer, composer, teacher and director, and he is able to count the likes of the late award-winning composer and conductor, Ezio Bosso amongst his collaborators.

AGA’s mix of knowledge allowed him to fully experience the world of music that matters to him, to the point of meeting and collaborating with the master Ezio Bosso. His two successful full-length album releases – R [Evolution] released in 2017 and “Dream On” in 2020 – have seen him tour venues across Europe, including a support slot for Tom Barman from Beligium rockers, Deus.

AGA recently participated at the prestigious Sanremo Rock contest in Italy, with his song “Questa Non È“ – which has reached almost 40,000 views on YouTube – receiving glowing praise from the jury.

The release of “Are You Ready?” marks another career milestone for featuring artist Gabriele Mario Ganga aka Gangalistics whose star continues to rise.

Gabriele was born on the island of Sardinia, and moved to Liverpool to study in 2017. His music career has already seen him perform at festivals and clubs across Italy as well as becoming Master DJ for the Sardinian rap duo, Malos Cantores. His music video for ‘The Illuminator’ was shot entirely in Liverpool and has clocked over 10,000 views on YouTube.

“Are You Ready?” by AGA, featuring Gangalistics, will be available on all digital stores and CD on October 28th 2021. Watch the music video on Youtube upon release here.