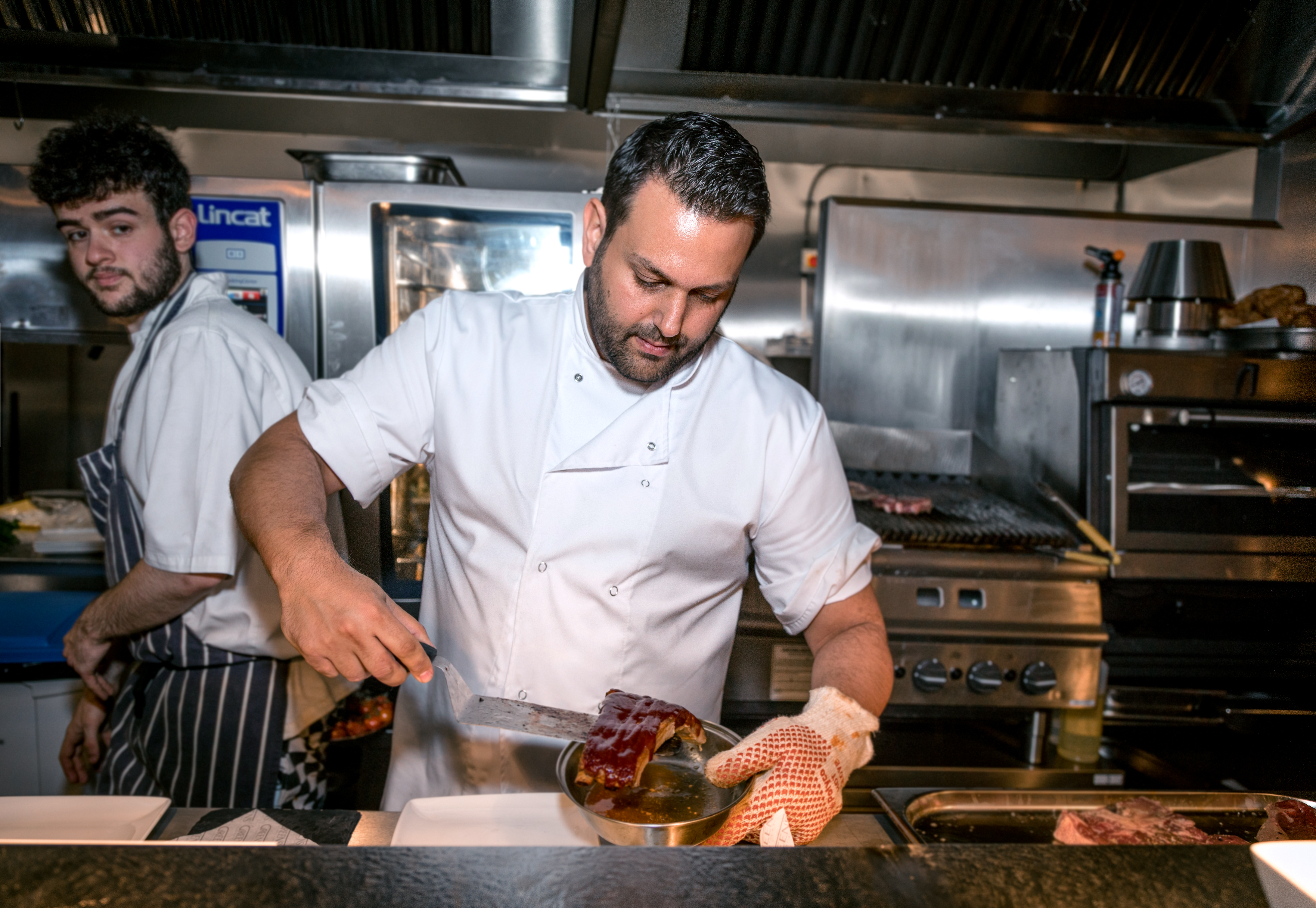 I think it’s safe to say that most people that consider themselves foodies within West Essex and North London will know of Green’s Steakhouse. Green’s is and was the first “cult” fine-dining restaurant to grace the high-streets of leafy Essex and neighbouring North London. As some of you may remember, we followed Green’s when they won the Luxury Travel Guide Awards in 2016 and again in 2019 when they were asked to be the official “In-House” dining at the then Prince Harry’s Royal County of Berkshire Polo Club. 2019 also saw Green’s host the Civic Ceremony for the Mayor or Berkshire, which is again, held in much esteem. Their incredible standards and quirky design is all the brainchild of Brad Green, whose father, Rock Legend Mick Green was the icon that is largely credited with starting the early Rock’n Roll movement here in the UK. Certainly, Paul McCartney and Van Morrison relied heavily on Mick Green’s more edgy sound. Perhaps that Rock heritage is part of what makes Green’s Restaurant such a buzzy place. Whilst often requiring bookings many weeks in advance Green’s has been home to a tremendous media and social media buzz. Talk Sport’s Andy Goldstein commenting on Instagram last year that “Green’s never failed to impress” after celebrating his birthday there. But, to my astonishment and sincere disappointment, I have just heard through social media that Green’s is indeed closing its Loughton Branch this month!

We reached out to Green’s for a comment, though have so far been unable to gather a response. An inside source has suggested that the restaurant group is simply following Brad Green, who has apparently moved to the South Coast within the last year, intending to open a restaurant there, but further details are sparse. I suspect Sandbanks would be a prime location for Green’s and I wouldn’t be surprised if this was soon confirmed through their website. But with the South Coast being so popular with us Londoners, I’d imagine it would be pretty easy to get our next Green’s fix on our next seaside holiday! Stay tuned here for any information we get.