Oliver Twist At The Storyhouse Theatre! 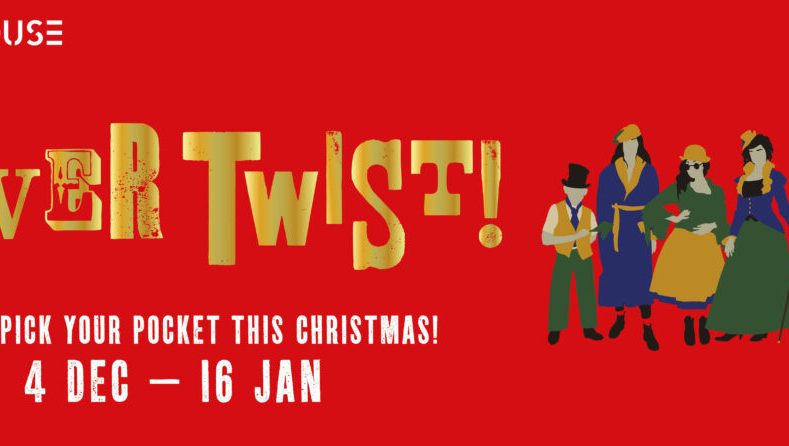 Up in the gallery at the top of the theatre I watched as Oliver Twist the ever so infamous historical Victorian musical was brought to life. I’ve always found Oliver Twist to be a very interesting storyline. I was immediately captivated by this rendition of such a well known play. I loved the set. It was minimalistic but relevant and credible to the story. The shop fronts in the scenery were quaint and detailed and added to the whole ambiance of the stage presence. Even the central door was so credible to a Victorian street that it immersed you into the story immediately. The role of Oliver itself was shared by four talented young members of the Storyhouse Youth Theatre Juliette Dear, Jacob Collinson, Luwe Hayes-Roberts and Reuben Connor. They did not disappoint in their adaptation of this well loved character. They brought him vividly to life! Along with Cynthia Emeagi who played Fagin. She was the cherry on the cake. Her Velvet Red Robe and intense stage presence was the jewel in the crown of the show. She was an absolutely brilliant yet unusual choice for such a masculine role and managed to played it flawlessly. Another favourite was Nancy played by Rose Bruford who was the perfect mix of emotional and fearless while being so credibly empathic towards Oliver and she pulled off the role of all round protector so effortlessly. Nancy has always been a favourite character of mine in this story so I was delighted to see the character was done justice to and played so well. I love the way the equilibrium of this story has changed over time and this modern day performance has showed this can be a good thing. The introduction of male characters played by females is one of those examples and when done well it can have such a great effect on a story with such historical value. The dramatic ambiance in this version that was created was second to non and had the audience captivated from beginning to end. It’s well worth a watch and any fan of the film will love this stage version of events if they haven’t seen it live before.

Oliver is playing at the Storeyhouse Theatre until the 16th of January so there’s plenty of time to get your fix of magical Victorian Theatre brought to life.