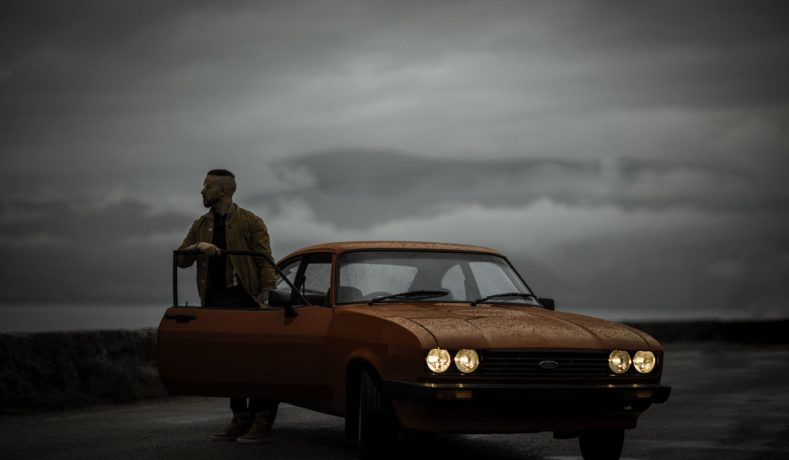 Music producer, Gabriele Mario Ganga (aka Gangalistics) and Sardinian record label Nootempo continue to look to ‘build bridges between different cultures’ with their second music video shot in Liverpool, following the success of The Illuminator, which has chalked up over 10,000 views on YouTube.

The new single Crystal Bay was released on 9th September and has already reached over 3000 views in less than a week.

Gabriele was born on the island of Sardinia, and moved to Liverpool to study in 2017. His music career has already seen him perform at festivals and clubs across Italy as well as becoming Master DJ for the Sardinian rap duo, Malos Cantores.

The evocative new video was shot and directed by Samuel Alexander Mills and mixes three different timelines. Moving between the city of Liverpool and the Welsh landscapes of Snowdonia and Colwyn Bay, the narrative sees Gangalistics attempt to escape from a secret experimental facility controlled by an obscure agent, played by Gabriel’s brother and fellow Italian music producer, Flub Lomax. On the way to ‘Crystal Bay’, the protagonist is helped by a mysterious driver played by actor James Tatt.

Gabriele said of the single “This new production proves how Sardinia and its most talented artists can produce musical innovation and build bridges (not walls) with other places beyond our sea.It’s inspired by the sounds of the 80s, drawing from the cinematography of the Sci-fi, B movies and retro gaming culture; the song is definitely synthwave, synthpop and It resumes the narration of ‘The Illuminator'”.

Speaking about the video, he added “Through night lights, neons, rain and tight flashbacks, the entire production has a metaphorical meaning that combines the sound’s atmospheres with the visuals, connecting the lyrics which often recall the current post-pandemic situation in our world.

“Crystal Bay” is a metaphor representing each individual’s unique place in which we hide or simply feel safe in difficult times. It can be physical or imaginary; we all have one”.

Crystal Bay is available to stream and download now across all digital stores.