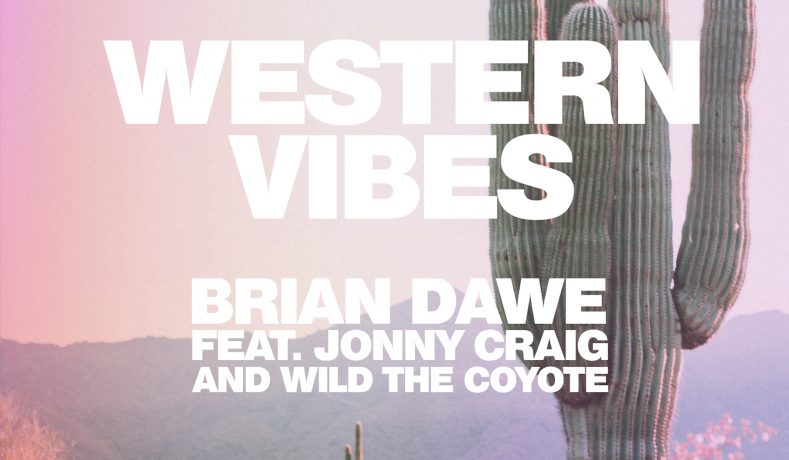 Brian Dawe, the DJ who previously toured with Rihanna, Backstreet Boys, and country star Jake Owen, is switching things up by releasing a country styled rock song titled “Western Vibes”. The song features Canadian-American alternative pop artist Jonny Craig. Jonny is primarily known for his achievements within the early 00s/late 00s post-hardcore genre. His extraordinary vocal style upended the punk genre on its head at the time, which in turn, pioneered a new wave of soul driven post-hardcore that would soon follow. Jonny was previously the lead singer of “Dance Gavin Dance”, “Emarosa”, “Isles and Glaciers”, and most recently “Slaves”. The song also features California native Wild The Coyote, who delivers a gritty and roaring sound, rooted in blues and rock ‘n roll. Wild The Coyote recently toured with Yelawolf and has had songs featured on the hit TV series “Yellowstone”.

“I sing on the chorus of ‘Western Vibes’, which was not easy for me and feels very vulnerable, but singing on and writing my own record was a goal of mine that I’m happy to have now accomplished. This isn’t a song a DJ should release. It’s not for the club. However, because of all the blood, sweat, and tears I put into this project I decided to allow myself to be a little venerable and release this record into the world. It’s not perfect, but it’s art that I created from the heart.” Dawe said in a recent instagram post about the record.

He went on to talk about the influence being in Jake Owen’s band had on his sound. “I’m forever grateful to Jake for doing something outside of the box in the country genre, and taking a chance on me. That tour was beyond inspiring and it was amazing working with the incredible people who are apart of his team, as well as the extremely talented band who welcomed me in with open arms”.