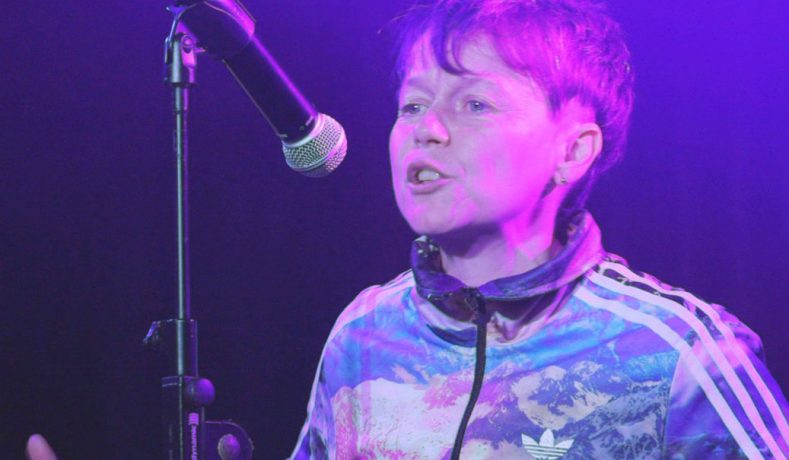 A new work is heading to the Unity Theatre in Liverpool next week in which a non-binary artist describes ‘the finding, the fallout and the freedom of finding their voice’.

Beyond Binary is an autobiographical performance from the perspective of 48-year-old Jay Farley aka Little Doll.

The show links spoken word performance, movement, film, visuals and music; bringing to life the experience of not being valid in the world for four decades.

Jay is an award-winning non-binary, queer, neuro­diverse filmmaker and digital artist, working in and with diverse communities at First Take in Liverpool.

Their work began as an international creative activist, fusing art and protest, and in 2020 they discovered the language for being non-binary. Since then, they have been prolifically writing honest, radical, working-class poetry with great success.

Audiences at Beyond Binary next week can ‘expect the unexpected’ as Little Doll explores the changing landscape and language of gender and sexuality.

Jay said: “It’s scary crossing the divide from behind the camera to performing, but I somehow feel compelled to do it. To get this story across to help others in my position, to contribute in a positive and creative way and to help bring about greater understanding of a much misrepresented community.

I’ve been working with the amazing Eli Randle from Tmesis Theatre who is just a genius; she is Directing the show. I’m learning so much and can’t wait for people to see what we’ve come up with.  I’m so grateful to be working with Lynne Harwood on the films; Eliyana Evans for the music and sound design; Day Mattar for editing the poems; Xenia Bayer for running tech – what a dream team!”

This show is part of the Up Next series at Unity; a weekend festival series showcasing exciting new work from Merseyside performers.

Beyond Binary takes place on Friday 16th September at the Unity Theatre in Liverpool. Tickets from £6 are available now from the venue’s website.