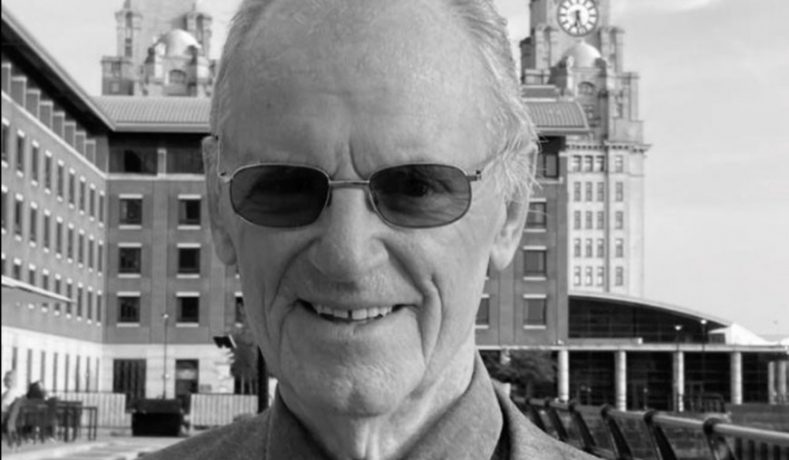 An acclaimed writer from Liverpool has published his first novel at 80-years-old just months after leaving hospital following a frightening battle with COVID-19.

George Skelly began writing The Most Familiar Face In the World back in the early 70s and was finally ready to publish this Christmas but following an admission into hospital after being diagnosed with coronavirus, his family “weren’t sure he’d live to see the day” that it hit the shelves.

His son, John tweeted a photo posing with George with the caption “This is my Dad in Sept on his 80th. We almost just lost him to COVID. Thanks to the amazing staff at Wirral University Teaching Hospital he pulled through”.

George’s writing exploits have already seen him pen two influential true crime books, The Cameo Conspiracy and Murderers or Martyrs.  His research on the former being key in the exoneration of an innocent man who had been hanged 53 years previously for a crime he didn’t commit.

Educated at Ruskin College, Oxford and Liverpool University, he had a career in social work, before taking early retirement to focus on his passion for ‘researching, writing and righting miscarriages of justice’.

His first novel, The Most Familiar Face In the World serves up an uncompromisingly authentic slice of post-war Liverpool – as a coruscating backdrop to young protagonist, Sheridan. The novel has been described as ‘hilarious and heart-wrenching’ as well as ‘clearly written from the heart with his life’s blood’ by Oscar-winning director, John Schlesinger.

Speaking about the novel, George said “Young Sheridan is an exceptional kid in a cruel, confusing world. Astute beyond his tender years, but trapped in a hard-knock childhood, amidst the squalor and grit of post-war Liverpool – where the grown-ups make no sense.  Brutal yet kind, tragic yet funny, happy yet sad. He feels for them. He feels for everything!”

On why it has taken so long to publish, George said “Its genesis dates back to the early 1970’s, but life, family and other projects led to it spending almost 50 years percolating gently on the backburner.”

That amount of time however places a useful distance between present day and the vivid and gritty world of post-war Liverpool that the novel depicts so authentically; a timeless tale about self and the universal human need of having something to look forward to.

The Most Familiar Face In the World by George Skelly is available to buy now in paperback and on e-readers.