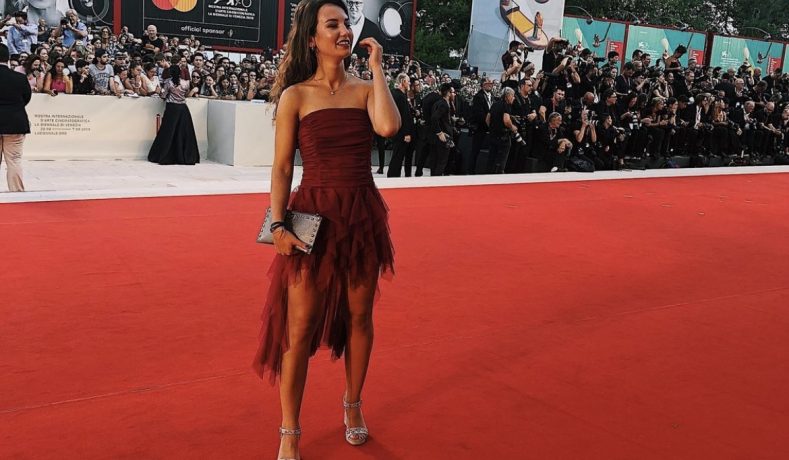 How did the production of “Iphigenia in Aulis” come to life? It started all before Covid19 hit. My friends and I wanted young people like us to appreciate old theatre again. If you understand it and embrace it, it is beautiful. The stories portrayed area actually still relevant nowadays and can help you to understand society better. The play revolves around Agamemnon, the leader of the Greek coalition before and during the Trojan War, and his decision to sacrifice his daughter, Iphigenia, to appease the goddess Artemis and allow his troops to set sail to preserve their honor in battle against Troy. The conflict between Agamemnon and Achilles over the fate of the young woman foreshadows a similar conflict between the two at the beginning of the Iliad. In his depiction of the experiences of the main characters, Euripides frequently uses tragic irony for dramatic effect. We wanted to make it fun and target a young audience. Unfortunately, due to Covid we had to have zoom performances instead. But it was still very fun and we managed to have even more international audience since everyone could connect from all over the world.

How did you meet the other actors in the play and the director Tyler Stilwill? It started out with me and a few other old classmates of my acting school, we hold some audtions for other roles, but we had the main one. We met Tyler through our school, he used to teach voice and movement and the New York Film Academy and we wanted this play to be full of movement and very engaging in order to draw in the audience.

For how long did you do theatre and do you do mostly theatre? I’ve started out in theatre in Italy when I was only 9 years old. After high-school I decided to move to the US to focus more on my screen-acting career, and that what I’m doing! However, theatre will forever hold a special place in my heart and it’s alwys fun to go back to it.

Is it possible to catch you and see you perform sometimes out of Italy? What about some festivals? Yes, absolutely. I’m now based in Los Angeles, so the main productions I work on are here. A lot of short films I’ve done went to worldwide film festivals and achieved recognition. Italy will be my forever home, but I want to continue my career here in the US since it’s been going pretty well.

How many plays or shorts have you done? I put one more than 20 plays in Italy, in just 9 years, that means 2\3 a year. I dedicated my life basically only to that (and school of course) since it takes 2 months to prepare a show and then you have a month of running. I’ve also done some sort films and music videos in Italy, however the main camera work I’ve done in my life is here in the US. I probably did more than 50 shorts films, gigs and music videos.

Did you plan from the beginning to switch from theatre to screen-acting? Honestly, not really. If you come from the theatre, movies and screening acting isn’t seen that well. But I got cast for a TV Show in Italy called “Il Bello Delle Donne…Alcuni Anni Dopo” in 2015 and I felt in love with the movie industry. Therefore, I decided to go to London and study screen-acting at the LAMDA Academy to learn more about screen-acting and I decided that was going to be my path.

When can we expect to see you again on film? I’m now shooting a feature film called “Believe” that will air next year on amazon prime! And some other short and a web series that focuses on violence against women, which I believe it’s a topic that needs to be talked about more!

One last question – could you pick one film that changed your perspective on the industry? Yes, Memento, by C. Nolan. I loved the way it is edited, you can really seem how a movie can change in the editing room. Plus, Carrie-Ann Moss is one of my favorite actresses, I would love to portray roles like hers in the future.