How Juliana Carpino Has Paved the Way for Young Directors 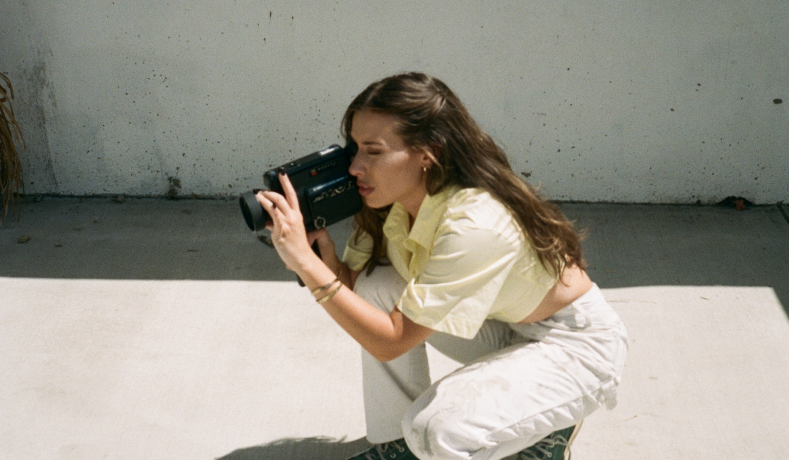 Juliana Carpino is a director and writer from Toronto. Carpino has always been interested and passionate about filmmaking. Being in her early-mid twenties, she has already directed nine films, written four short films, produced one short film, and is in the works for her first feature film directorial debut. The motto Carpino goes by is, “What I do today will better my tomorrow.”

Carpino’s film career began as an actor in a few low-budget productions, and quickly became interested in transitioning into becoming a filmmaker. To get experience and jumpstart on her dreams, Carpino started to shadow directors on both television and film sets. Some of the performers she worked with included Ethan Hawke, Elisabeth Moss, and Mark Strong. She then moved to LAto launch her career in music video directing and has since directed music videos for artists such as Logan Paul, Scarypoolparty, Ty Dolla $ign, Bazzi, and Kiiara. Carpino has also worked with well-known brands such as Cartier, Disney, and Freeform.

Carpino is now being recognized for directing the film Noah’s Truck. With a minimal budget, Carino shot her debut short film, which had moved onto being accepted into the Cannes Film Festival, as well as the LA Independent Film Festival.

The inspiration of Carpino’s career can be alluded to Reed Morano and David Fincher. To Carpino, she has always been captivated by Morano’s work, which include The Handmaid’s Tale and The Rhythm Section. Along with that, Carpino is fascinated by Fincher’s camerawork, color, and the way he can tell a story. “If David and Reed had a child it would be me,” Juliana states.

Outside of filmmaking and directing, Carpino is passionate about women empowerment and mental wellness. She states, “I am over the moon when I know that a woman got a job even if it was against me. That one job helps us move in the direction we should be moving. I feel strongly about my efforts in trying to shed light on women in film because I hope that one day there will not be a conversation of divide and prejudice, and the conversation of ‘women in film” will morph into ‘people in film.’” Carpino’s ultimate goal is to help pave the way for young, future generational women who are following in the same path as her.

Carpino is proud and transparent about speaking on her mental health, and the challenges she has faced while being a filmmaker. One challenge being the struggle to accept creative discouragement from her team. She explains how it made her feel as if she had Imposter Syndrome, and felt as though she did not have a place in the industry. Being in such a competitive field, Carpino acknowledged the challenging work and perseverance of her craft. She constantly pushes herself to deliver in the best way she can.

Having some fascinating projects planned, Juliana has initiatives on which she is putting in maximum amounts of effort. Her feature film has been taken up by two producers, and filming for that begins in September. Juliana is also in development for a new series that straddles the line between psychological thriller and criminal drama. Simultaneously, she’s working on her second feature film script, which is based on a true story from the 1940s. In the midst of it all, she’s waiting to hear back on a couple of other feature films.