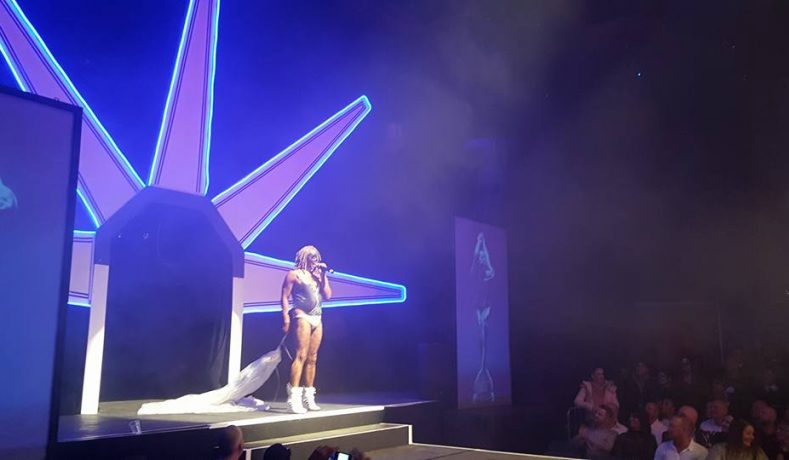 House of Suarez brought its Vogue Ball back to Liverpool in grand style. Celebrating its tenth year, we were given the glamour of icons through the medium of dance. The Vogue Ball is a dance event unlike any other, merging high art, club culture and meticulous choreography as the Vogue House teams compete to be crowned Queen V. The costumes are lavish and extravagant and the themes are conveyed with imaginations gone wild.

What is the event about?

The event’s organiser, Darren Suarez, has a long coveted history on the dance scene. The origins of Vogueography began in the humble streets of L.A when young gay black men, denounced by their families for their sexuality, carved out a place for themselves and reclaimed the night in flashes of colour and movement. This is according to the event’s flamboyant and entertaining host who had more costume changes than Madonna has had hot dinners.

Over the years I had heard about this event but was never lucky enough to secure a ticket. I now realise what I’ve been missing out on — this was right up my street. Fierce and beautiful dancers communicate through movements and costumes whilst displaying astonishingly inventive routines to a fresh soundtrack. Credit to the DJ too, as the music was on fire. The event opened with introductions by the show’s organiser before we were treated to bedazzled motorcyclists, silver body painted figures and a nod to Janet Jackson’s Rhythm Nation with black clad dancers. Ricki Beadle Blair, the fabulous host, introduced the themes with the music of icons such as Jessie J, Beyonce, Prince and Madonna to get the crowd going.

The judges were notorious Voguer, Dean Murphy, New York’s finest, Aviance Milan and The Vivienne of RuPaul’s Drag Race fame. For the first time ever the Vogue Ball judges performed and reminded us why they have the deciding vote when it comes to dance supremacy.

The wonderful Houses were then announced. The competition had 5 categories: Fantasy, Solo, Realness, Sex Appeal and Choreography. The standard of the dancing and costumes was ridiculously high and in a few cases there were two way or even four way ties. The Houses interpreted the themes in a variety of ways — we had Barbie’s wedding, Jessica Rabbit’s seduction, Egyptians, Biblical figures, a taste of Brazil, Britney Spears, Wednesday Adams, Horror Film characters and the 80’s revisited to name a few. Then it was our turn to strut our stuff. I was an avid spectator but there were many of the audience that ‘Vogued’ it out in the spotlight and had their moment to shine.

The overall winner was the House of Cards who wowed us all with their wonderful choreography in the final round. This event was an absolute ball and I will be making sure that my calendar is cleared for next year. Maybe I’ll even get up and have a go myself!

An article by Natalie Denny