Mourad Zaoui Delivers Nuanced and Powerful Performance in “The Forgiven” 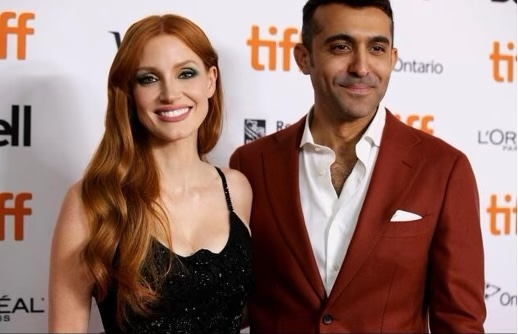 Mourad Zaoui, is a phenomenal actor who was most recently featured in the film, The Forgiven (2022), which was released in the United States on July 1st. Through his performance, Zaoui provides an incredible way of storytelling that adds an underlying depth to the film.

Zaoui shines in the drama alongside some of Hollywood’s finest, including renowned actor Ralph Fiennes as David, who has starred in films such as the Harry Potter (2001-2011) series and The Grand Budapest Hotel (2014), and Jessica Chastain as Jo, admired for her roles in cinematic staples such as Interstellar (2014) and The Help (2011).

The film follows Fiennes and Chastain in their roles as an esteemed yet unhappily married couple who accidentally kill a teenager in Morocco while traveling to a celebration hosted by an old friend and his partner. The two alert the police of the accident, but otherwise quickly move on from the incident without much remorse, and instead turn to festivities offered by their privileged hosts.

However, once the boy’s father demands that Fiennes’ character David returns to the boy’s village and attend his burial, the couple is separated and both left to deal with the outcome of the accident. While David navigates his time in the village by suffering through his guilt and fear of revenge that could be brought upon him, Jo is allowed to stay back at the villa they are visiting.

While the couple has to deal with the consequences of their actions, Zaoui portrays a butler and Sufi monk named Hamid who serves Jo while she is left alone at the villa in David’s absence. Hamid provides insight and proverbial guidance that is central to the plot’s resolution. His character stands out as a beacon of humanity and peace amidst flawed characters.

Zaoui’s portrayal of Hamid has been praised by reviewers and critics alike, with one even making a point to praise “the extraordinary turn from Mourad Zaoui. He acts as the mediator of cultures throughout the entire film. He is essential and impressive.”

In his role, Zaoui is central to one of director John Micheal McDonough’s main commentaries of the film, which is to highlight the drastic cultural differences between David and Jo, who are traveling from London, and the local Moroccans that both live by and work at the villa.

By bridging the gap between both the Moroccan population and their visitors, Zaoui’s character is able to break through to an otherwise close-minded character. His powerful performance highlights the larger issues of alienation at stake that the film is built upon.

Zaoui was born in Morocco himself, and this role follows various impressive performances he has already displayed, most notably in The Blacklist (2013) and The Spy (2019). He is also anticipated to feature in the upcoming film, The Lost Princess, as Prince Amnati.

The Forgiven is still showing in cinemas nationwide, and is set to be released in the United Kingdom this September. The trailer for the film can be found online, as it offers a peek into the incredible performance from Zaoui.