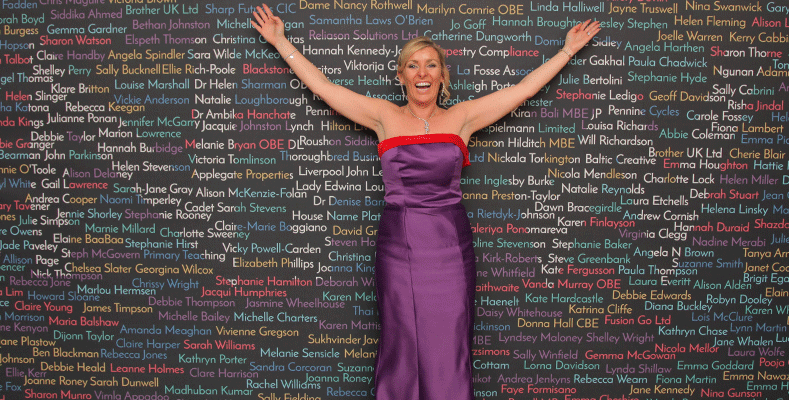 The need to be candid about the severity of the UK’s gender pay gap and the critical lack of women working in the digital and technology industry is more prominent than ever in 2017.

New laws coming into effect in April 2017 under the Equal Pay Act 2010, will require companies employing more than 250 people to publish data revealing any disparity between earnings of male and female employees,

This means while the issue cannot immediately be rectified, it will at least be quantified.

In 2016, women made up only 17% of roles in the digital and technology industry, and if action is not taken to address this gender imbalance, it is predicted in 20 years, only 1 % of this sector will be female.

This is why collaborative campaigns like ‘Northern Power Women’ play such a huge part the progression and success of those taking action to close the gender pay margins.

Founder of Northern Power Women movement, and self-confessed ‘collector of role models’ is Simone Roche who is on a mission to give the face of employment an overhaul and change ‘business culture’ as we know it.

By inspiring businesses to evolve and create more roles for women, as well as celebrating those who have already made these changes, Northern Power Women are moving forward with a pivotal part of their work: creating ‘agents for change’.

When discussing this concept, Simone emphasises the importance and necessity of recruiting and motivating men just as much as women to become agents for change.

She said: “We have more male leaders in the business sector, and we want to channel the influence they have into realigning the imbalance.

“What being an agent for change means is trying to be a more inclusive employer.”

“I want more men involved because all of the action taken is women-to-women and that doesn’t address the issue of integrating the action we want to take.”

Northern Power Women aims to generate the recognition, celebration and showcasing of role models via a wide variety of collaborative instruments.

Possibly the most anticipated of these channels is the Northern Power Women Awards Ceremony, which is the second of its kind and will take place on 7th March 2017.

Here, business leaders, male and female role models and agents for change will receive recognition for their hard work, creativity and the positive impact they have had on transforming business culture.

Simone has highlighted the importance of giving men the opportunity to enter the running for the chance to win an award, because in order for workforces to be balanced, their influences must be balanced as well.

“I want to promote to men AND women the huge value of paying it forward in the form of a cascading mentoring scheme.

She said: “I’m really keen to accelerate the businesses that are doing really well, whether their leader is male or female. and use that distinction to influence those that aren’t doing as well.”

There are currently 1500 women’s networks in London and through the use of role models and promotion of inclusivity in businesses, Northern Power Women hope to enable the North in mirroring these figures.

Simone explained: “I think we have more of a will to be proactive in the North of the UK.

“We are more willing to collaborate in order to progress, and that is a cultural difference between the North and the South.”

With regard to the striking deficit of women in the digital and technology industry, she blames the lack of focus in school and the tendency of careers advice to still be very centred around ‘pink’ and ‘blue’ jobs.

“I would love to change the face of careers guidance as well as business.

“We need to educate young people more realistically about the world of work and how everyone should get the opportunity to do what they love.”

With the wealth of ingenuity, unbridled ambition and elbow grease Simone has poured into the Northern Power Women campaign, it may come as a shock that what she really hopes for is to be out of a job.

“My ultimate goal is for Northern Power Women not to exist, because there is no longer a need for it – my job is done.”

In reality, it makes perfect sense; if there is no gender imbalance, then there is no need to create vehicles in order to address it.